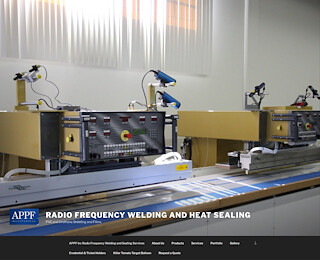 While many Americans do not appreciate the relevance of the military system, it is because of the soldiers that America has survived significant threats throughout history. But for the men and women of the different components to be so successful, there is one key element: training. It is because of consistent practice in the different skills needed that these extraordinary people become the best soldiers in the world.

Among the different skills acquired by an individual who lives in the military world, perhaps the most important is the handling of weapons. The defense of the nation is based on the firepower of the United States, and the personnel must be able to handle efficiently the different personal or structural weapons that correspond to them in their unit. Military targets are the elements par excellence that allow soldiers to perfect themselves.

What Are Military Targets?

They are different devices that are used so that people learn to fire the different weapons they need to handle. They can be fixed, or mobile and their size vary according to the specific skills that need to be developed. There are a variety of targets for all the military training that exists.

Trainers develop different routines in which soldiers participate so that they can perfect themselves with a particular weapon. Over the years, more advanced technologies have been developed, in which the targets allow them to achieve astonishing skills.

Which Are the Advantages of Training With a Military Target?

The use of targets is one of the great allies of military groups. These allow them to know the fundamentals of aiming with different weapons, and in a variety of scenarios. Others must develop advanced skills, such as snipers and special groups. Others, like sailors, must learn to target floating targets with artillery weapons and deal with the movement of the sea to be effective. To achieve this, they use unique targets such as the extraordinary “Killer Tomato” developed by APPF Incorporated.

Another of the significant advantages of using these training devices is the understanding of trigger control and the development of tracking skills. Vision and alignment are also developed, as well as learning to shoot with both eyes open, and the proper breathing to do so. The development of these tools significantly improves the accuracy and effectiveness of the armed group.

Regarding artillery training, soldiers develop their confidence through target exercises. The handling of these specialized weapons requires particular skills such as posture and endurance. The development of activities with targets allows them to refine these qualities. If they use specific targets such as the Killer Tomato, this can be tied to a rope, to maneuver it and increase the level of difficulty to the practitioner. As a result, it will give a superior dexterity, which will be to the benefit of both your group and the entire nation.

For more than 30 years, AFFP Inc. has worked tirelessly to develop extraordinary technologies to improve the skills of the nation’s military. Our radar reflective “Killer Tomatoes” Navy Gunnery Target Balloons, constitute an essential part in the development of the abilities of the navy, in favor of the defense of North America. If you would like more information or advice, contact us; we will be happy to assist you.